#1 by pjtskar
Documentation
is Generally, documentation (to document) and refers to the process of providing evidence

Re: Hugh Nisbet son of John in Hardhill the martyr

#2 by pjtskar
From New Aberdeen or the Scotch Settlement of Monmouth County New Jersey by James Steen A.M. 1899
Covenanters
(in other publications that have tried to show an ancestor line from Hugh son of John in Hardhill this list has been changed
-- and show Hugh as son of John Nisbet Hardhill instead of servant to John in Highside)

(from another publication)
From Nesbit Ross Porter Taggert families of Pennsylvania by Blanche T. Hartman 1929

Of Hugh it is recorded in a religious history of the times “About the year 1680 there crossed over from Louden in Scotland to Killyleagh (County Down) in the north of Ireland, Hugh Nesbit, son of a certain Captain Nesbit much lauded for his skill at arms, he was kin to the Nesbits of Sorn (DNA3) and the Nesbits of Berwick, (DNA1) (for this branch see page 3) Allen, John, James, Alexander and Thomas some of whom crossed the seas about 1728 and settles in Penn’s Land” (DNA2?)

Re: dating of Coldingham charters

reference from -http://www.arts.gla.ac.uk/scottishstudi ... durham.pdf
Dating the Coldingham charters can be as much of an art as a science. Although documents begin to be self-dated from about the middle of the thirteenth century (especially records of what happened in the prior’s court) it is rare to find such information for the twelfth century and first thirty years of the thirteenth. Dating therefore has to rely first (and often last) on the known spells in office of eg bishops, abbots, priors and other clerics. The standard reference books, shown in the list of printed sources, have been used for these. Even this is not foolproof. The early thirteenth-century priors of Coldingham are anything but precisely dated and some of the acta of Bertram prior of Durham could be placed anywhere within his known dates of 1189/90 - 1212/13.After c. 1200, the acta of the bishops of St Andrews are much more helpful.
For laymen, the position is often more obscure, except for kings and earls. Even justiciars and sheriffs are sometimes poorly recorded. With lesser figures things get trickier. After c. 1250, it is possible to show floruits of many of the major tenants of Coldingham. Before then, a list of 1235 of the tenants gives some help for that decade. Beyond that, it is possible to work out rough and ready family trees for many of the occupiers of lands and hence to produce rough and ready lines of succession and floruits. We can also be sure that a certain Gregory was the steward of Coldingham for about the same period as Bertram was prior of Durham, and that a frequent witness, William of Mordington, was dead by the end of 1249.

Re: Coldingham Charters and Thomas Prior of Coldingham

THE HISTORY OF COLDINGHAM, FROM THE EARLIEST DATE TO THE PRESENT TIME. COMPILED FROM THE MOST AUTHENTIC AUTHORS, ANCIENT AND MODERN. by WILLIAM KING HUNTER, OF STONESHIEL.
(published 1858)
The seventh Prior, Thomas de Melsonby, presided from 1215 to 1218. In the year 1214, it was enacted that, as one chaplain was not enough, there should be two, of whom one was the parish chaplain, to serve the cure and the parish. The other was appointed to celebrate masses daily for the soul of Roger of Melsonby, who had given much property to Coldingham. These two chaplains were appointed to live in one house, and to eat their meals together. There can be little doubt that Roger here mentioned was an ancestor or relative of Thomas, about this time appointed Prior. The duties and daily occupation of the monks who resided in the cloisters, is described at this time to have been to attend the public services of the Church, as well as to perform their more private religious services. They were not ordained priests, and could administer no sacraments, nor give absolution ; but, attired in their black woollen cloaks, and walking in solemn processions through the aisles of the Church, they added greatly to the effect of the public ordinances there performed. The death of Thomas de Melsonby was hastened by an occurrence which nearly proved fatal at the time. Lodging for the night at the Abbey of Lindores, a fire broke out in the chamber where he slept, through the carelessness and rioting of those who had charge of the wine, and the Prior was nearly suffocated. He was with difficulty conveyed to Coldingham, where he breathed his last on 13th May 1218.
Thomas de Melsonby appears to have been a man of refined taste. Mr Raine particularly refers to a charter granted by him of a carucate of land in Renton, as being perhaps one of the most beautiful specimens of ancient caligraphy to be found in the treasury of Durham. Every other charter in which Prior Thomas is mentioned is very beautifully written ; and when it is recollected that some of the finest partsof Durham Cathedral owe their origin to his munificence, it is more than probable that the caligraphy of those charters which he witnessed was not a work of chance. His beautiful seal proves his attention to the art of engraving; and it is not too much to suppose that he carried with him to his courts a favourite monk, who had made more than ordinary proficiency in the art of writing.
In 1216 the Priory was plundered and partly burned by the mercenaries of King John of England, when retreating from Lothian southward. On that occasion, John also burned the town of Berwick, setting fire with his own hand to the house in which he lodged.
Thomas Nesbit appears to have succeeded Melsonby in the Priorate, his name occasionally appearing in that capacity between the year 1219 and 1240. On the 18th June 1221, he attested the dower charter of Alexander II., at York, granting to his Queen the Baronies of Jedburgh and Lessudden. During this period we have also the name of Anketin, but there is little said of him. Of the three next Priors, covering a period from 1240 to about 1266, we have very little information.

Thomas Prior of Coldingham

The Order of Saint Benedict (Latin name: Ordo Sancti Benedicti) is a Roman Catholic religious order of independent monastic communities that observe the Rule of St. Benedict. Within the order, each individual community (which may be a monastery, a priory or abbey) maintains its own autonomy, while the organization as a whole exists to represent their mutual interests

The Benedictine Order comprises monks living under the Rule of St. Benedict, and commonly known as "black monks".

The word monk (monos) means single, and both celibacy and poverty went without saying.

The Benedictine rule specified that monks should own nothing

each monastery should form an independent, self-supporting community whose Benedictine monks had no need of going beyond its limits for anything.

In course of time, as a monastery increased in wealth and number of inmates, it might come to form an enormous establishment, covering many acres and presenting within its massive walls the appearance of a fortified town

They occupied themselves with a regular round of worship, reading, and manual labor.

Each day was divided into seven sacred offices, beginning and ending with services in the monastery church. The first service came usually about two o'clock in the morning; the last, just as evening set in, before the Benedictine monks retired to rest. In addition to their attendance at church, the monks spent several hours in reading from the Bible, private prayer, and meditation. For most of the day, however, they worked hard with their hands, doing the necessary washing and cooking for the monastery, raising the necessary supplies of vegetables and grain, and performing all the other tasks required to maintain a large establishment.

received pilgrims and travellers, at a period when western Europe was almost destitute of inns

performed many works of charity, feeding the hungry, healing the sick who were brought to their doors, and distributing their medicines freely to those who needed them

copied the manuscripts of classical authors, they preserved valuable books that would otherwise have been lost

were the only scholars of the age

If you want to read more http://www.middle-ages.org.uk/benedictine-monks.htm

Re:Thomas Prior of Coldingham died in fire but it wasn't him

#6 by pjtskar
From "THE HISTORY OF COLDINGHAM, FROM THE EARLIEST DATE TO THE PRESENT TIME. COMPILED FROM THE MOST AUTHENTIC AUTHORS, ANCIENT AND MODERN. by WILLIAM KING HUNTER, OF STONESHIEL.
(published 1858)
The death of Thomas de Melsonby was hastened by an occurrence which nearly proved fatal at the time. Lodging for the night at the Abbey of Lindores, a fire broke out in the chamber where he slept, through the carelessness and rioting of those who had charge of the wine, and the Prior was nearly suffocated. He was with difficulty conveyed to Coldingham, where he breathed his last on 13th May 1218. "
It is true that there was a fire and a prior died at Coldingham but it was William Prior of Durham that died at Coldingham not Thomas prior of Coldingham according to following publications

APPENDIX IV 303
In the year immediately preceding the death of Guido the monastery was visited by the prior of Durham. He, in company with the archdeacon of the East Riding of York, had been going through Scotland, at the command of the Papal Legate, Gualo, to absolve the country from the interdict, which had been inflicted on the whole realm on account of the support given by King Alexander to Louis of France in his contest with John, King of England. During this visit the chamber in which the prior of Durham and his attendant monks were sleeping took fire. Nearly suffocated by the smoke, he escaped with difficulty. Though much exhausted, he succeeded in travelling on his homeward journey as far as the monastery of Coldingham, where he expired {Chron. de Mail?', s.a. 1218). The fire is said by the chronicler to have been caused ' per incuriam et prodigalitatem pincernarum.'

The chartularies of Balmerino and Lindores by Balmerino Abbey
In the year 1218, an accident happened at Lindores, by which William prior of Durham eventually lost his life. He had gone into Scotland by order of the Pope’s legate Gualo, accompanied by Walter de Wisebech, archdeacon of the East Riding of Yorkshire, in order to absolve that county from the papal anathema. On their return from Aberdeen about the end of January, the bed chamber wherein the prior and his monks slept took fire, owing to the carelessness of the butlers, and he being nearly suffocated, was so affected by smoke, that he died at Coldingham on the 14th May Following -reference Chron de Mailros, 133, Bannatyne Club Edition 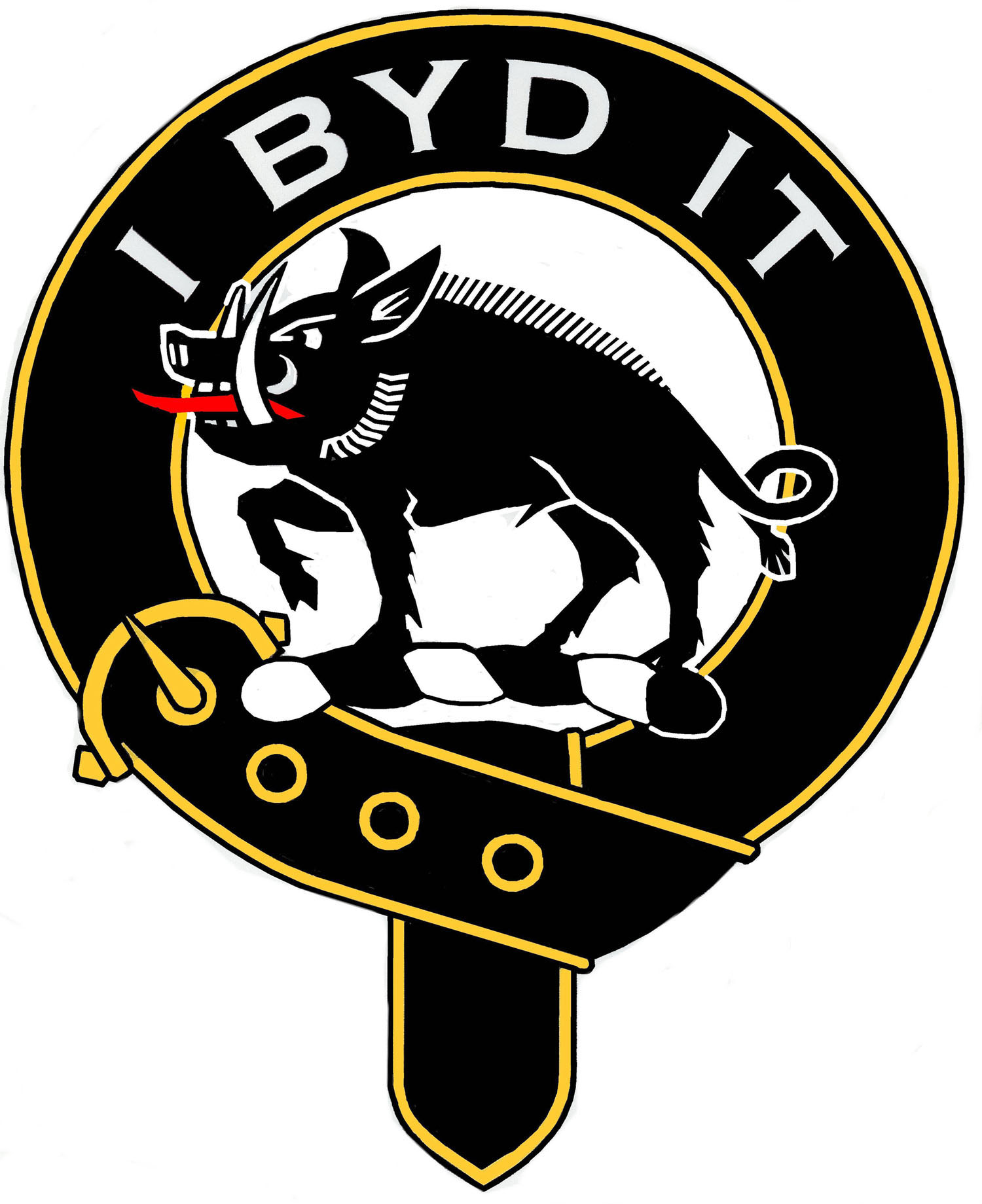